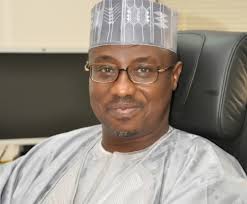 Dr. M. K. Baru attended Ahmadu Bello University, Zaria, in Kaduna State of Nigeria; where he obtained Bachelor of Engineering (Mechanical) with a first class honors. He also holds a Doctor of Philosophy in Mechanical engineering.

During his initial stint with NAPIMS which spanned from July 1993 to July 1999, Dr. Baruexecuted several Gas projects which are utilizing billions of standard cubic feet of gas per day.

Several other ongoing projects were also conceptualized under his care. He planned the projects that would ensure flare-out by 2008 and made huge savings while overseeing the Joint Venture Gas Projects.

He was also the NNPC’s Chief Technical Negotiator on the West African Gas Pipeline project from July 1999 to April 2004.

Dr. Baru has been the Chairman of NNPC Anti – Corruption Committee since September 2004 till date; and has relentlessly sensitized staff on obligations and laws that govern corruption and corrupt practices.

The Former GGM, NAPIMS, Dr. M. K. Baru informed the media executives that the Nigerian Content Division is now domiciled in the Exploration and Production Directorate of NNPC just like NAPIMS.

The change in structure he informed was aimed at reducing the turn around time in contract processing. He stated the efforts of NAPIMS in realizing the Federal Government’s aspiration of increased reserves. He further explained that with the various projects such as Usan,Akpo, Bonga Northwest, Ofon 2 that were on stream, the PSC oil which currently stands at 650,000bopd is expected to increase to 1.2mbopd by the year 2011.

The Agbami field started production in July 2008 and is currently on a daily production of 150,000bopd while the Usanand Bonga South west will commence in 2012 and 2016 respectively. He further disclosed that NAPIMS has successfully bridged the contracting cycle time for bids to 6 months and aspires to further reduce it to between 3 – 4 months against the hitherto 18 – 24 months.

ALSO SEE: BUHARI COPIES OBAMA IN A GRAND WAY, SEE WHAT HE DID HERE